Part of the "Myth Busting" series

In the previous blog post we talked about posture, or specifically static posture. That is, the position you're in when you're sitting, standing or lying still. We discussed that:

Have you seen signs like this where you work? Here in the UK we are terrified of bending. We're told all the time to use correct manual handling. Bend your knees, not your back. Brace your core, protect your spine. 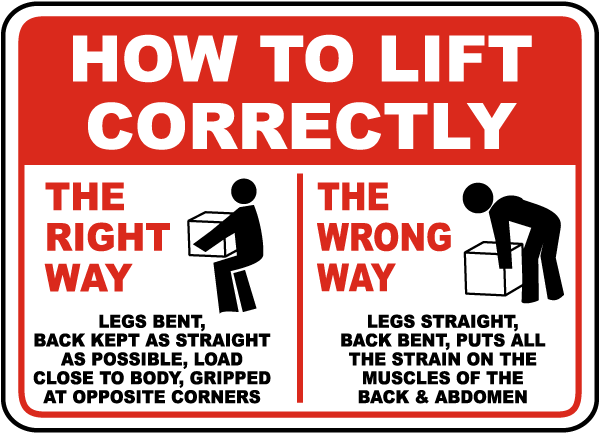 After all, wasn't there that piece of research that showed when you're bending and lifting with a curved spine, double the amount of pressure is put on your back? Isn't the back really prone to slipped discs and pinched nerves? After all, it's not really designed for bending, right? Bending your spine forward is a really unnatural position. And if you haven't been strengthening your core then are you really ready to lift that heavy box... or your children?

Let's start with that piece of research. The original studies that generated those statistics were performed on cadavers - that is, people who have donated their bodies to science for experimentation after their death. It is indeed true that in certain positions of bending, the load through the spine increased (to be honest, the spine is just following the laws of physics). But importantly, even the highest pressures measured were well within tolerance levels of the tissue, and did not result in injury. And remember, these are spines that have no blood supply, no nerve innervation, no muscle contraction and have been preserved in chemicals that you wouldn't normally find in the body. So it's not the same as a living, adaptable body.

In a more recent study done on the spinal bones of the neck in cadavers, it was found that the neck was able to tolerate a load of 60 pounds before any injury occurred. 60 pounds! If that's possible in a dead neck, then just imagine how strong a living lower back would be! 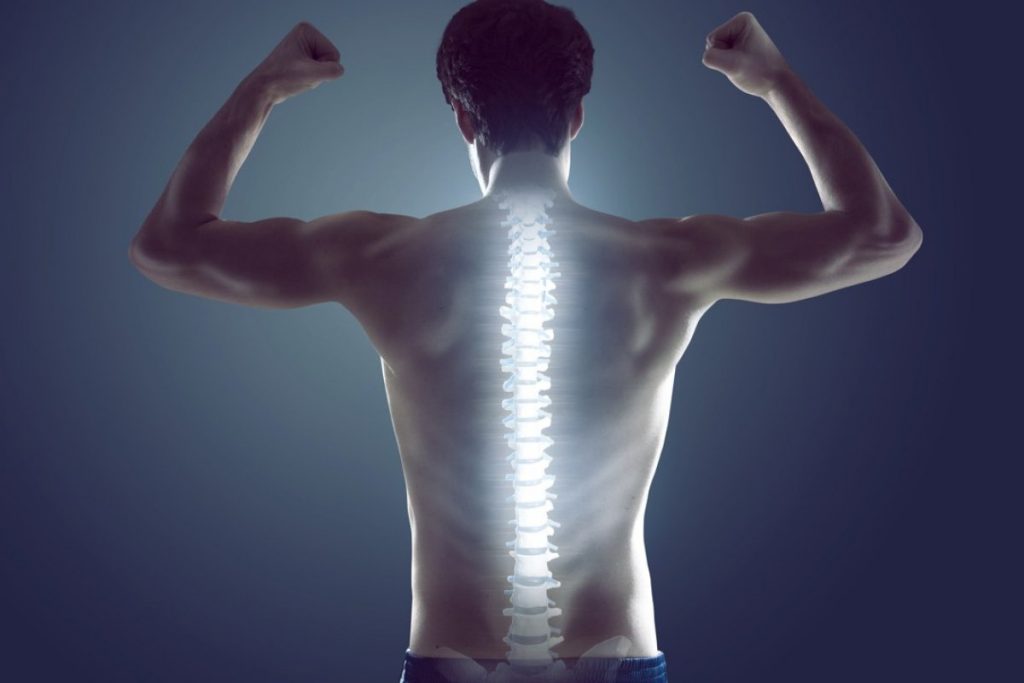 The spine is fundamentally strong and designed to move in all directions. This man's spine even glows in the dark (but unfortunately for whoever did the graphic design here, they've put his spine in backwards - the vertebral bodies should be facing the front, not the back!)

We tend to think that bending is an inherently dangerous movement for the back. We're often told that by friends, family, media, work, and even healthcare professionals. But have you ever stopped to think about the fact that your back is supposed to bend? The joints of your spine are angled in such a way as to allow a large degree of forward movement, and the muscles are arranged to move and support your spine in a large variety of positions. Saying that you should never bend your back is the same as saying you should never bend your arms or knees. It's supposed to bend, and bending your spine is not dangerous. In fact, the back is designed to move, and it likes all kinds of movement.

But what about slipped discs? Don't they happen when you bend? If you've read my previous blog post on this you'll know that discs don't slip anyway. Disc bulges, as they're more accurately known, actually occur asymptomatically (ie. without causing any pain) in about 60% of the population (it varies with age). Disc bulges are often picked up as an incidental finding on MRI scans, and the patient didn't know they had one because it wasn't causing them any problems. And, to be honest, if you're worried about disc bulges the best thing you can do is lose weight and stop smoking - these are both strong risk factors for disc bulges.

It's true that many people do get back pain when they bend, but it does not necessarily follow that bending is inherently bad for your back. As we discussed last week, it's possible for a position to be irritating without it being inherently dangerous. This is partly due to biomechanics and largely due to the complex interactions in the nervous system of the person in pain. We discussed last week how low mood is linked to persistent low back pain. It's also true that a fear of bending is linked to pain on bending.

And far from bending being an "unnatural" position for the back, we are all actually born with a flexed spine. The typical S-shaped curve you see in adults develops as we learn to lift our heads, crawl and walk. But babies spend most of their time curled up, inside and outside the uterus (there's a reason it's called the foetal position). So it's a position that our developing spine is very familiar with.

So, in conclusion, don't fear bending! Your back is fundamentally strong, adaptable and loves to move!

If you're wondering why I didn't address bracing your core to protect your spine in this blog post... you are going to LOVE next week's post so stay tuned!

See other posts in the "Myth Busting" series