If you haven't noticed already from my blog posts, I'm really interested in pain! And in September 2021 I had the fantastic opportunity to take part in the first ever public health campaign in the UK to focus solely on persistent pain.

The Flippin' Pain campaign seeks to engage, empower and educate the public on the true nature of persistent pain, by changing how we think about, talk about and treat pain. For a whole week we travelled around Lincolnshire talking to the public and to healthcare professionals and conducting our own research. The event itself had 3 aspects: 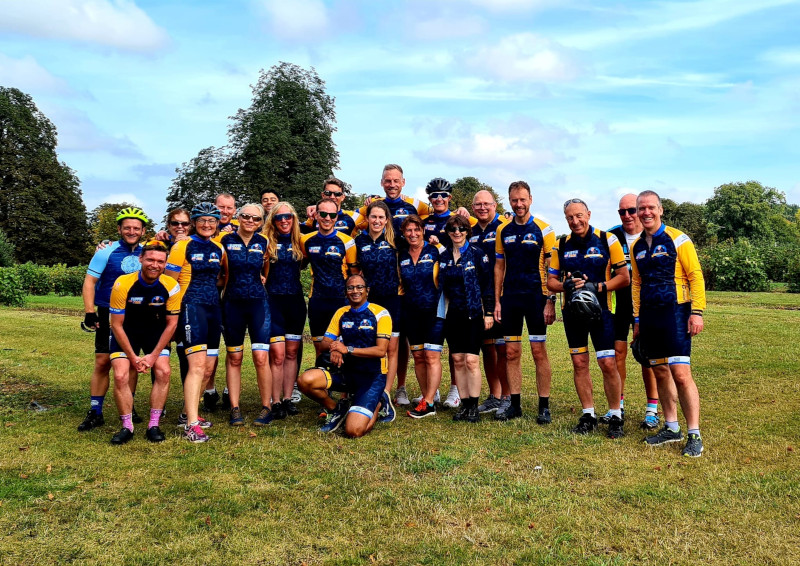 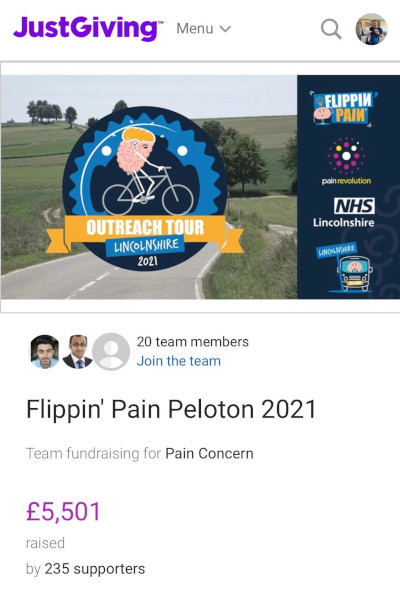 2. Seminars for the public and healthcare professionals in the evenings# 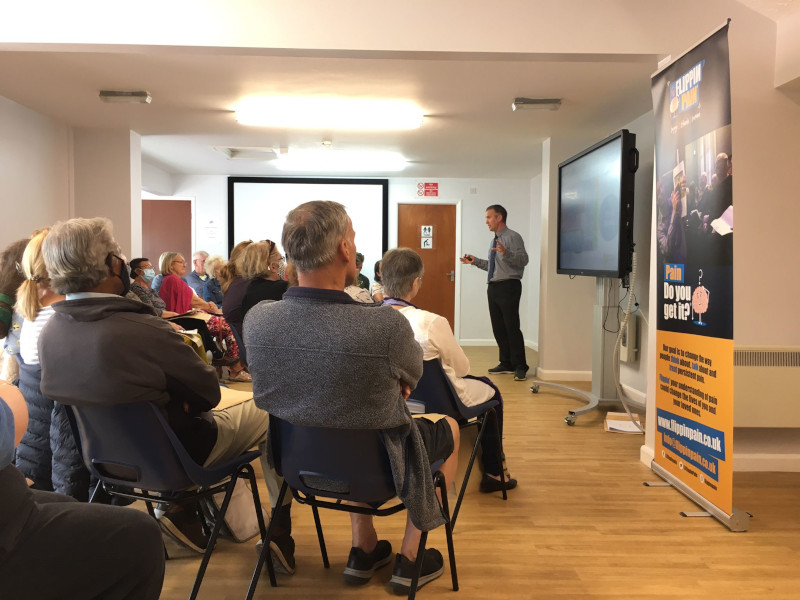 3. The Brain Bus (which is where I was working)#

An immersive experience to show how the brain and pain are really complex, and busting some common misconceptions about pain 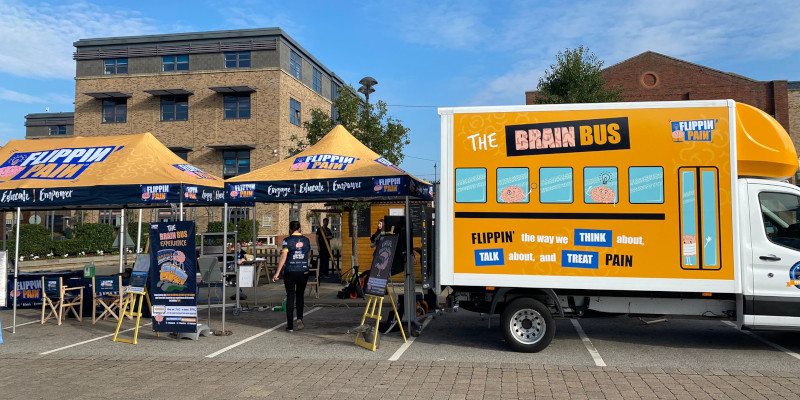 I feel really lucky and privileged to have taken part in this campaign, but particularly because it felt like I had the best job of anyone that entire week! The Brain Bus was brilliant fun, not just for the public but for those of us running it, with really immersive demonstrations, illusions and experiences. And in today's blog post I wanted to tell you about some of them (and if you'd like to see some in action you can go to my Instagram that.pain.chiro and look in the story highlights)

We set up an Oculus VR headset with Richie's Plank Experience. This tricks your brain into thinking that you're standing on top of a skyscraper and walking across a plank into thin air. When people first experience this, they often become very nervous. They move incredibly carefully. They start to feel anxious. They feel their heart beating, their hands sweating and their knees going weak.

Logically, the person in the headset knows they are not really on top of a skyscraper. They know they're safe on the ground in a car park in Sleaford. Part of their brain knows this information. And yet there is a part of their brain that is always looking out for them, seeking to protect them, and erring on the side of caution. Not only that, but it produces real physical symptoms to protect them.

Pain is also part of your protective mechanisms. It is there to guard you from injury, keep you safe and help you heal. But as we've seen in the VR headset illusion, the brain can produce physical symptoms in situations where you logically know you are in no real danger. As the slogan on the brain bus said:

"What you feel is always real. It's the need to protect that can be incorrect"

We were kindly loaned this fantastic machine by a Professor of Clinical Psychology. When you place your hands inside, there are a range of visual illusions we can perform, including stretching out your fingers to 3 or 4 times their usual length and making one hand completely disappear. Participants said that, whilst watching their fingers being stretched or compressed, they actually felt those sensations in their fingers. In fact, some people were convinced that we hadn't restored their fingers to the correct length, and wanted to go back into the mirage box to have them put back to the correct dimensions!

This illusion tells us that the brain creates sensations to match what it thinks is happening in reality. And that when the brain is tricked it will create sensations that don't match to what is really going on in the body.

We had several posters with visual illusions like the ones shown below. Visual illusions mostly work by fooling your brain into mis-predicting what it will see. When light comes into our eyes and lands on the retina, it is converted into electrical energy and carried via the optic nerve to the brain. But the brain doesn't simply recreate the patterns made by the light, it tries to work out what is actually happening in the visual field. In other words, it takes the picture created by the light and says "what does this mean?" For example, in the illusion below, square A appears darker than square B. But they are actually the same shade of grey. The reason they appear different colours is because:

Therefore, your brain imposes its meaning and its understanding of what is happening in the picture, and actually changes what you see as a result. 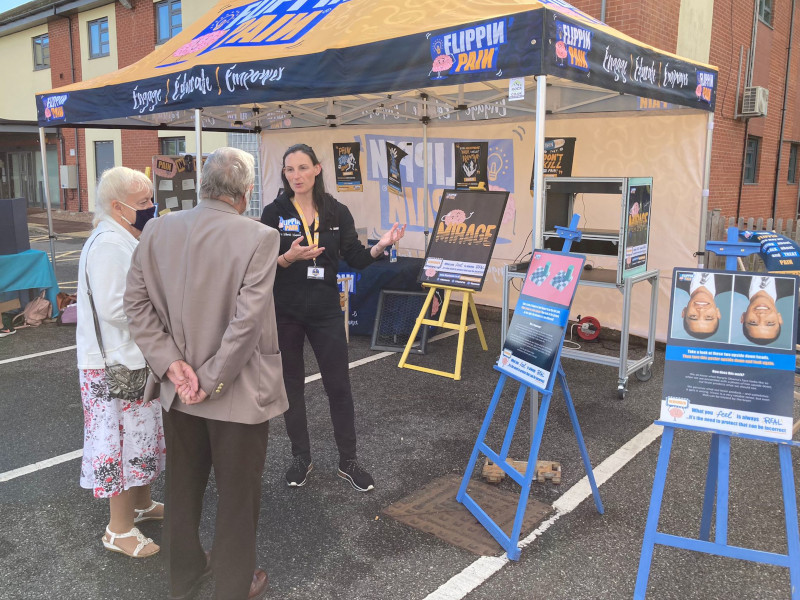 In this illusion we were able to trick people's brains into adopting a rubber arm and hand as if it were their own. We were then able to create sensations in the rubber hand, showing that you don't even need a body part for sensation, just a brain that thinks it should be feeling something.

By tricking the brain into thinking it is looking at your right hand (when it is actually looking at a reflection of your left hand) it's possible to trick people into thinking they have an extra finger. What we are actually doing is running our finger along the 5th finger of their hidden hand, but in the mirror it looks like we're running it along the table. This is another example of the brain creating sensations to match its perception of reality, rather than sensations informing reality.

So after all our efforts with these demonstrations and illusions, and all the discussions we had with the public, did it work? Did people's understanding of pain, what it's for and how it works, change?

We were accompanied by Nick Lividas, who as part of his PhD research was investigating just that. On arrival at The Brain Bus, people were asked "Can you tell me 3 reasons why people experience pain?" Common answers included injury, accidents, diseases, wear and tear. Some people also said emotional pain or stress/anxiety. After taking part in the illusions, they were asked the same questions again and, whilst injury was still heavily featured, new answers like perception and protection were also recorded. The full analysis of this work is yet to be published but early indications are that The Brain Bus played a really important role in helping people understand pain. 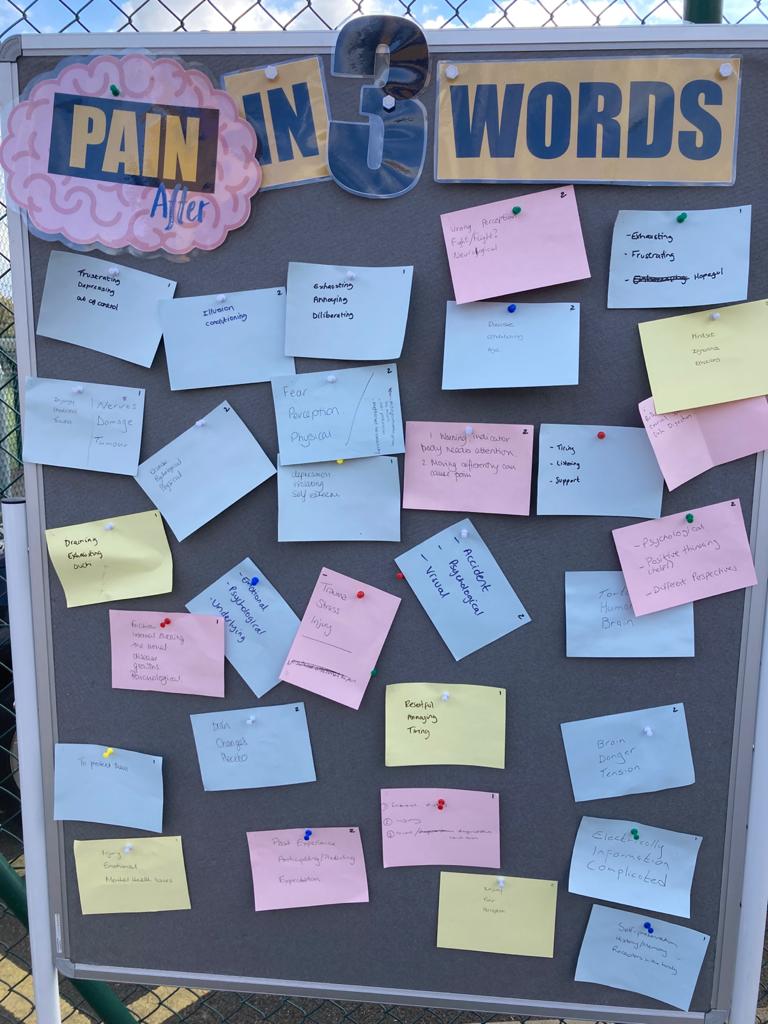